A comfortingly cloistered enclave since its 1926 debut, Palm Beach’s Brazilian Court Hotel is beloved by visitors and locals alike, its maze of courtyard nooks a favored host for lazy reading sessions or discreet tête-à-têtes. The boutique retreat’s intimate setting and residential location—hidden in plain sight, barely distinguishable from neighboring historic estates—grant every guest a sense of belonging.

But unlike at home, you don’t have to leave the premises to book a blowout, dine under acclaimed chef Daniel Boulud, or request poolside chaise delivery of White Cosmopolitans (the orchid ice ball is particularly restorative after a dip). Part-and-parcel staycation amenities like turn-down service, bicycles, and a VIP beach experience delivered by the hotel’s Cadillac Escalade come included, too.

Now, thanks to a refresh by Lauren Hastings of West Palm Beach’s LSI Designs, the Brazilian Court is all the more au courant. Its selection of studios and one-, two-, and three-bedroom suites exude a pedigreed Euroterranean ambience that also champions the modern verve of Palm Beach. With a nod to tradition and an eye on contemporary style, Hastings has married long-standing architecture by Rosario Candela (and, later, Maurice Fatio) with modestly funky furnishings and art, including black-and-white prints from British photographer Terry O’Neill. 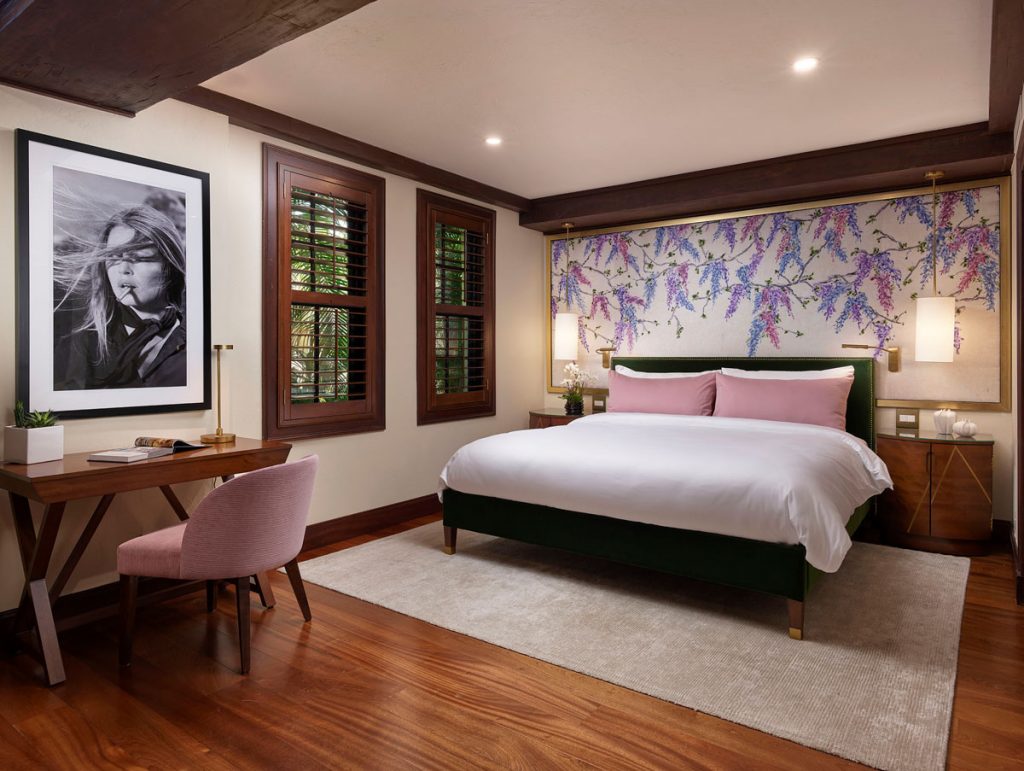 “During the design development process, we knew black-and-white, large-scale photographs would be the perfect complement to the transitional elements of the room,” explains Hastings. “We tossed around a million ideas, and then one of the hotel owners suggested looking into Terry O’Neill’s catalog of images and we ran with it. The ultimate goal of this redesign is to curate the unexpected and create a wow factor to each room—and his portraits fit that bill perfectly.”

Like the rest of O’Neill’s oeuvre, the portraits selected for display capture celebrities in candid moments and unconventional settings, such as Audrey Hepburn napping poolside 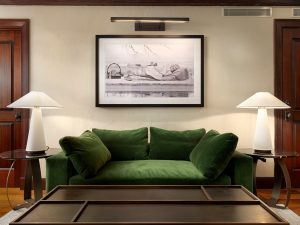 while filming in Saint-Tropez and Elton John playing a piano-turned-bar in his Boeing jet while on tour in 1974.

Feminine touches like crisp white linens and a silky wisteria wall panel with pops of pink and lavender soften the new rooms’ rich mahogany, leather, marble, and brass components. Along with green velvet headboards and sofas—a bow to the tropical flora blanketing the property—the end result is refined yet warmly welcoming, a wedding of modernity and timelessness. 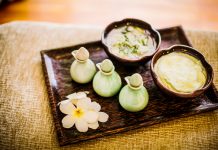 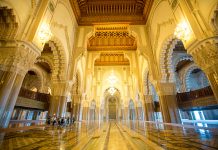 Travel To Morocco For Magic, Marketplaces And More